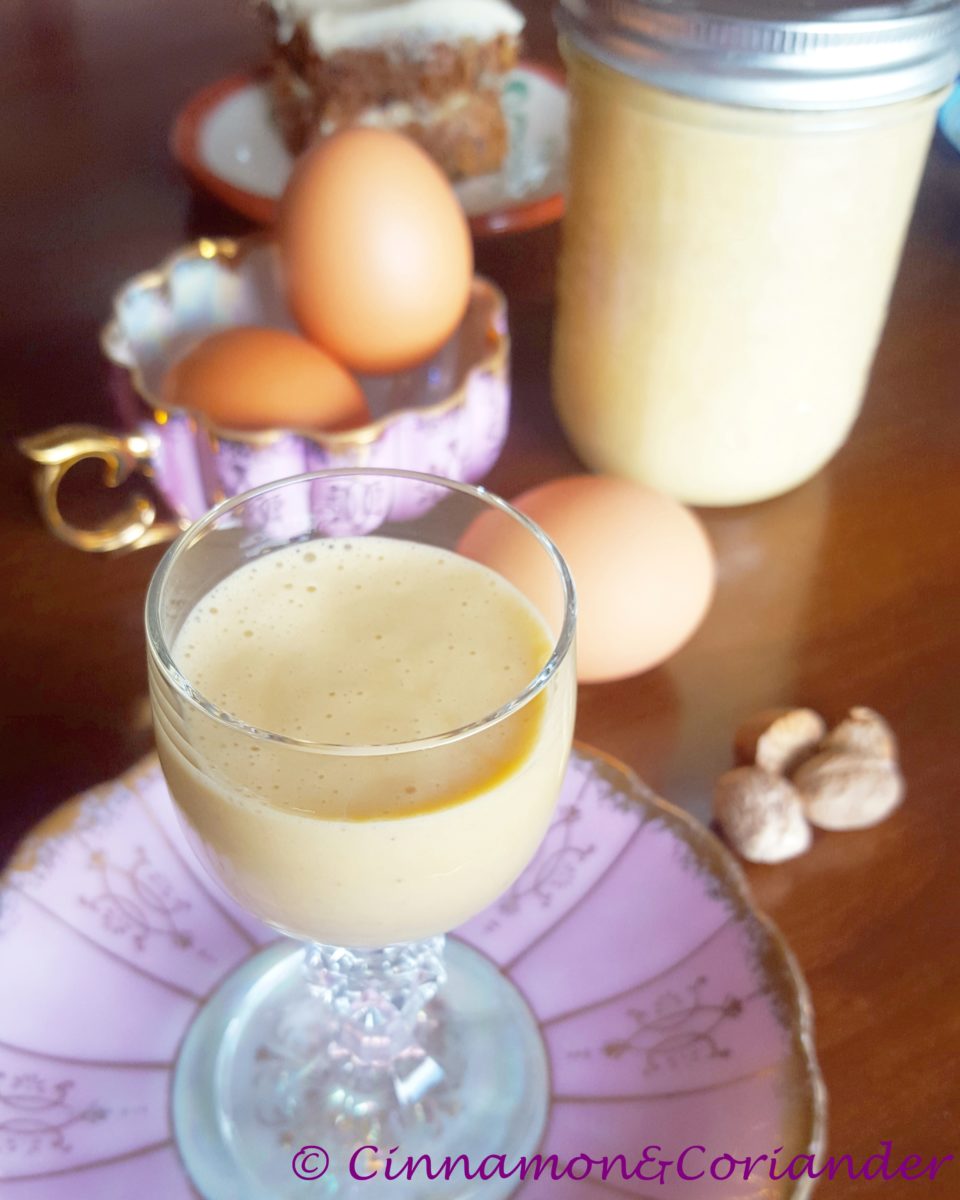 For me, there’s no Easter without German Egg Liqueur! It tastes like a boozy, creamy vanilla custard and can be used in cake batters or as an ice cream or pancake topping! Try my family recipe for this delicious homemade liqueur! 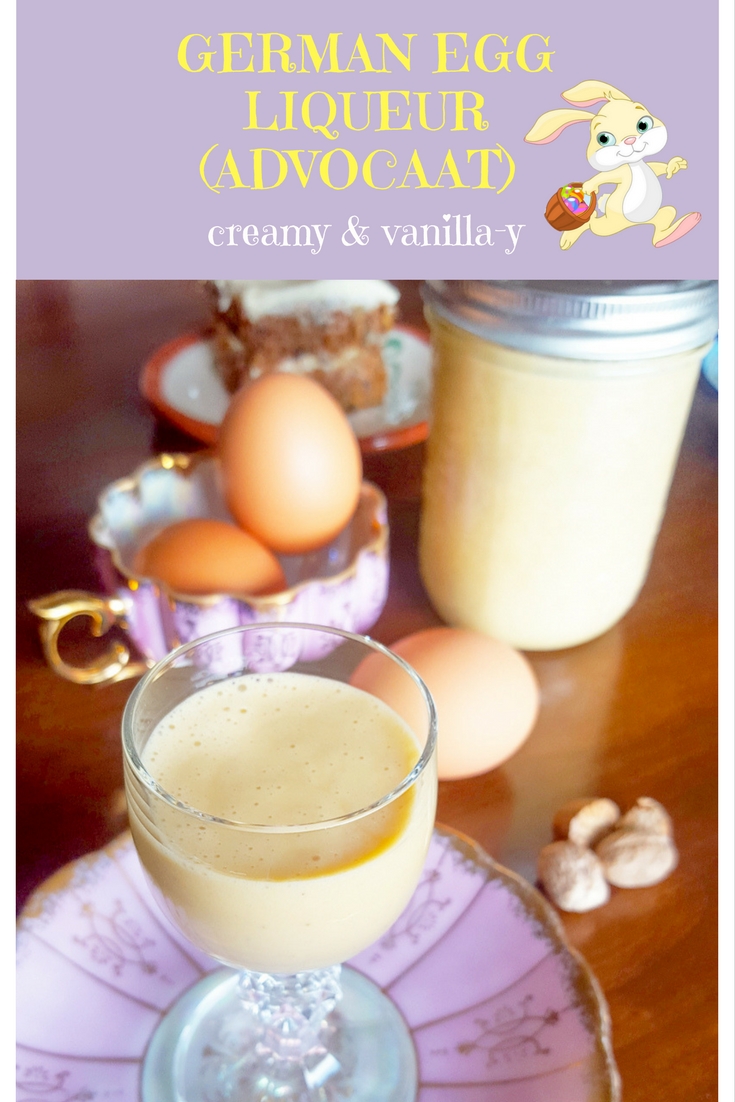 This roots of this creamy custard-like liqueur actually lie in Brazil. It is supposedly derived from “Abacate”, an avocado-based drink that European explorers came to enjoy while “staying” with the indigenous people of the Amazon rainforest in the 17th century. It was first introduced to Europe by Eugen Verpoorten, a Belgian from Antwerp who set up production in the German town of Heinsberg near the Dutch-German border in 1876. As avocados were not available back then he had the idea of replacing the avocados with eggs, which made the liqueur just as creamy and rich as the original. The Verpooten recipe has not changed ever since and is still a well-kept secret.

Today, I share our family recipe for German Egg Liqueur with you, which is so much better than anything store-bought. I´d never drink a shot of store-bought Egg Liqueur but I do use it a lot for adding moisture and flavour to cake batters. However, this homemade Egg Liqueur is so smooth – it can really be enjoyed on its own. Or drizzled on ice cream. Or waffles, or pancakes. You get the idea.

To add a bit of extra flavour to my Egg Liqueur I mixed in a tablespoon of vanilla, some freshly grated nutmeg and a pinch of ground cloves. That’s all it takes to make the German Egg Liqueur taste homey and festive at the same time.

There are two methods for making German Egg Liqueur – one using raw egg yolks another processing them in a hot water bath. I find the water-bath method safer as you get to heat up the egg yolks to 70 Degrees Celsius. Make sure you use the freshest eggs you can find. We got ours at the Hutterite Community. The largest, most orange yolks I’ve ever seen in an egg.

This rum-based version makes for an Egg Liqueur almost as thick as vanilla pudding. It is so creamy that I store it in jars. If you choose bottles you shouldn´t fill them all the way as you might need a bit of shaking and possibly a sip of rum or cream to get it out again.  Eierlikör tastes best right out of the fridge and when kept there, stays good for months and months.