Use this easy vegan sour cream recipe to make the best dairy-free sour cream substitute ever! There are endless flavor variations for this dairy-free cashew sour cream and it tastes awesome as a dip, or in vegan sauces! 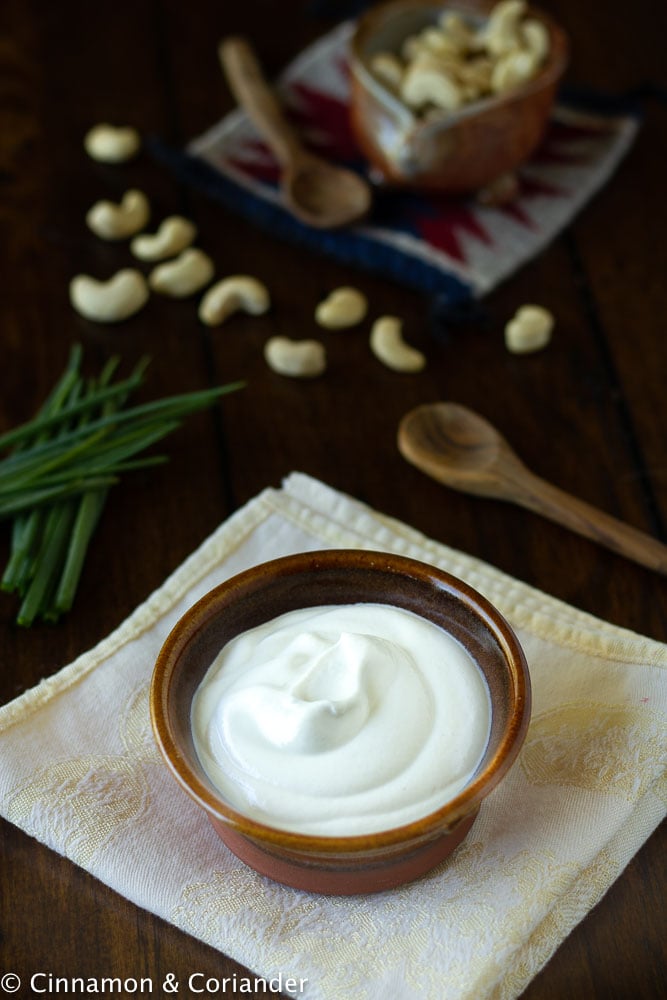 If you’re vegan you have probably reached the point of your life, where you realize that some things just taste better with a dollop of creamy, rich and tangy cream.

Good news, this easy vegan sour cream ticks all those boxes! As a non-vegan, I was highly skeptic if soaked cashews can magically transform into something that resembles sour cream – both in texture and flavor.

I am a total believer now!

So why should a non-vegan be trusted with a vegan sour cream substitute recipe? Well, because I actually have both in the fridge and would still opt for the vegan sour cream! It’s that good! 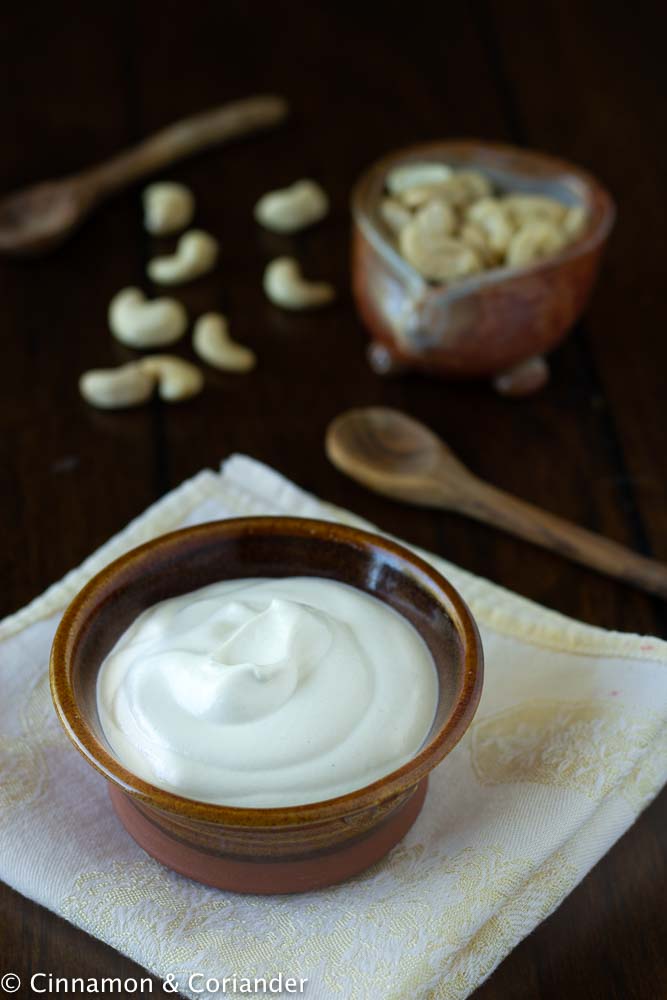 Now, I know that there are many vegan sour cream brands out there, but having tried Tofutti and the likes I would actually opt for homemade every.single.time!

The thing is, making this vegan sour cream is fun, easy and you’ll feel a bit like a mad kitchen scientist watching your cashew nuts turn into a creamy smooth, perfectly chunk-free sour cream! 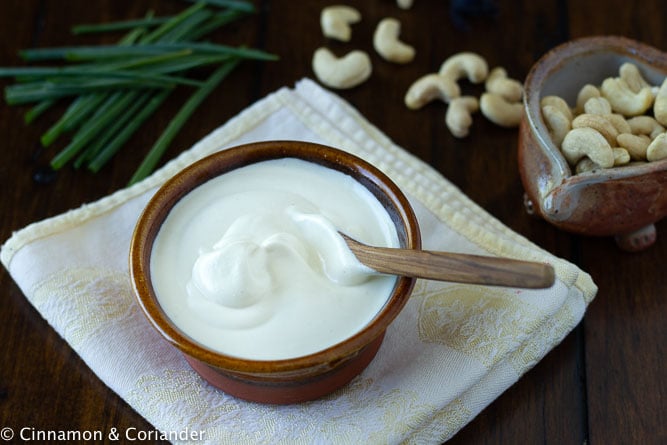 How can I use my homemade vegan sour cream for cooking?

I ended up using it to replace a variety of other dairy products:

For the oatmeal lovers out there, I love drizzling some on top of savoury oatmeal or top my sweet morning oats with my autumnal sour cream (see variations).

Otherwise, think nachos dip or sauce for tacos and any other Mexican dish.

I use this vegan sour cream recipe as a base for my dressing in my Vegan Creamy Cucumber Salad , I drizzle it on top of my Mujaddara and my Stuffed Acorn Squash! It’s divine!

The sour cream should be ok for at least 5 days or up to a week! Make sure to store it in an airtight container in the fridge. 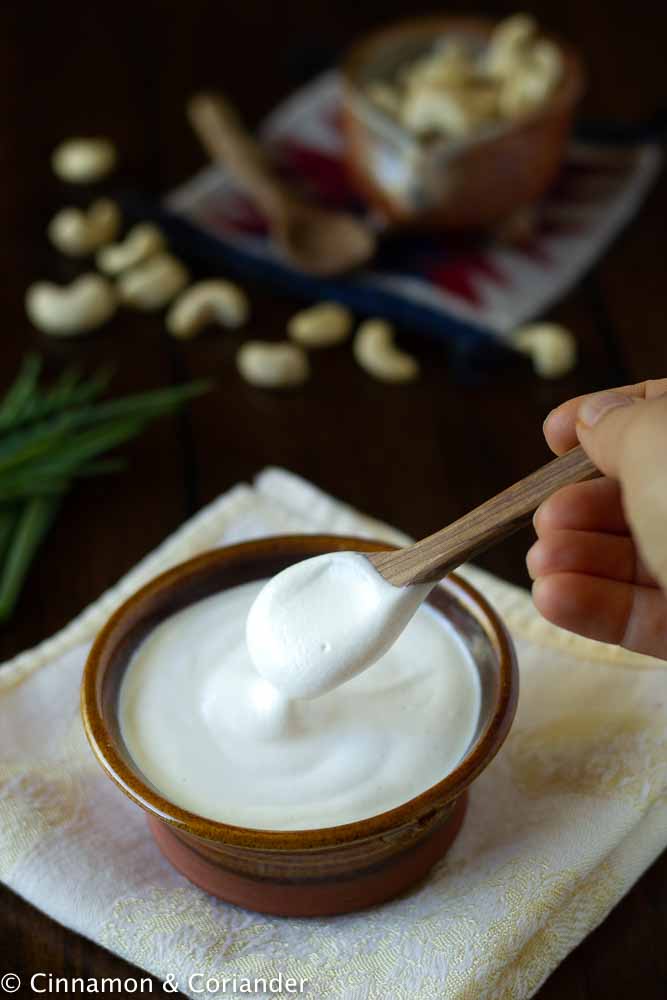 ★ Did you make and love this Easy Vegan Sour Cream Recipe? Give it your review below! And make sure to share your creations by tagging me on Instagram!

Learn how to make the best vegan sour cream using cashew nuts and a couple of secret ingredients! This easy to make dairy-free sour cream substitute tastes awesome as a dip, or in vegan sauces!

The sour cream keeps in the fridge for about a week and will get thicker with time. Add some nut milk or water to make it thinner. 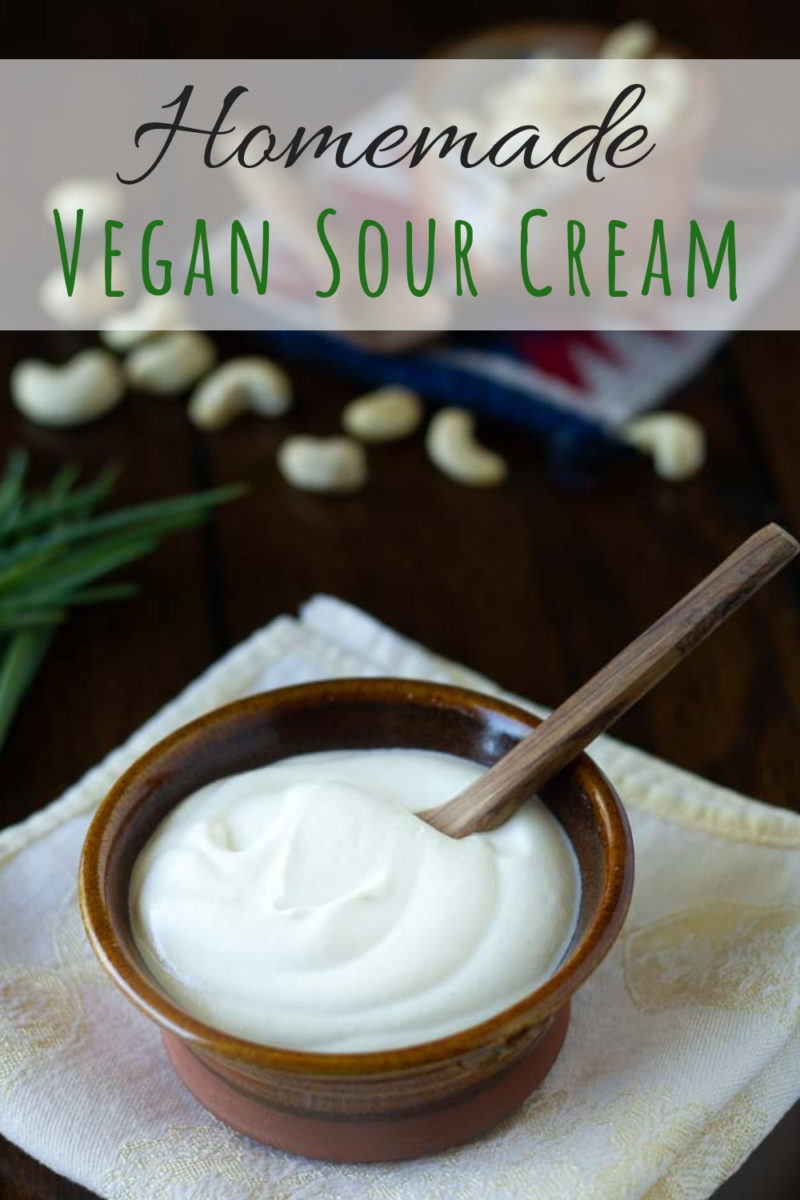