These Vegan Raspberry Blondies are a decadent, yet healthy vegan dessert that tastes just like white chocolate blondies – without the calories and without added sugar! An easy to make, high-protein dessert with only a few ingredients!

Try my Vegan Raspberry Blondies for a decadent, yet healthy vegan dessert!

Summer is almost over, but our raspberry bushes are still heavy with fruit! We actually had to freeze most of this year’s raspberry harvest as we just could not handle eating them all fresh! Luckily, there are so many great healthy desserts with frozen raspberries to choose from, that I am positive that we will go through our stock pretty quickly.

These healthy Vegan Raspberry Blondies are going to be my go-to dessert for the next weeks!

Why this recipe for Vegan Raspberry Blondies works:

How to make Vegan Raspberry Blondies: 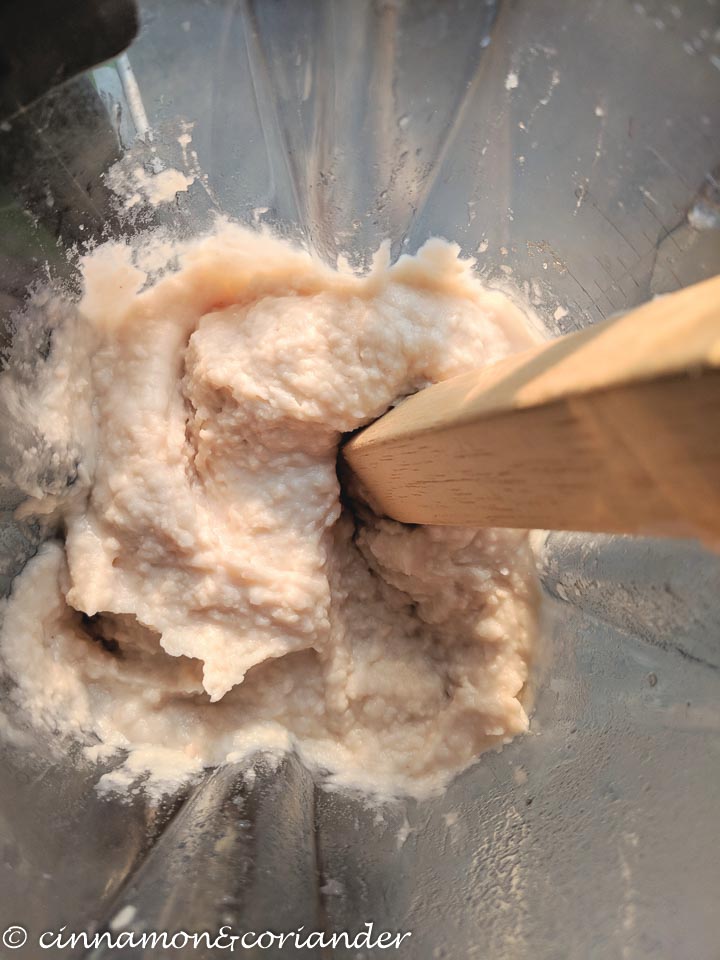 The recipe for Vegan Raspberry Blondies could not be any easier! Preheat the oven to 175 C or 350F.  Now, simply blend the beans, sweeteners and vanilla in a high-speed food processor or blender until smooth. Make sure you drained your beans well! 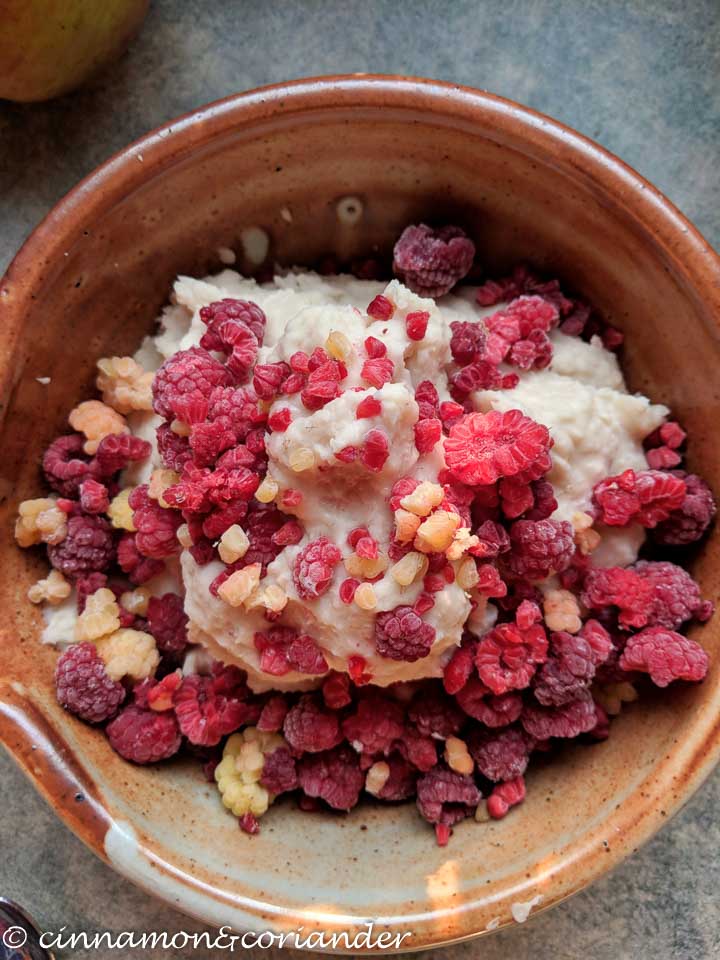 Taste the batter for sweetness, then stir in the baking powder and add the frozen raspberries to your blondie batter! 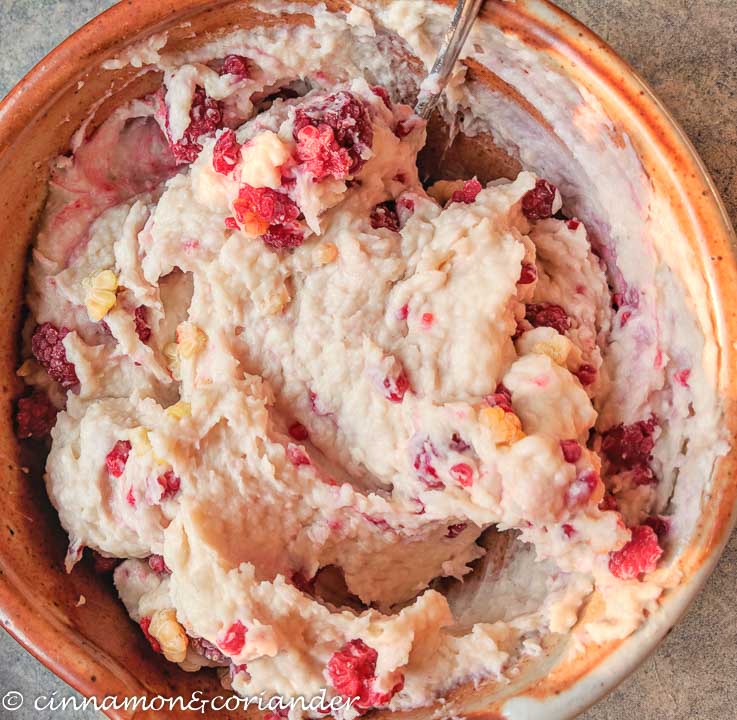 I like to break the frozen raspberries up with my fingers before folding them into the white bean blondie batter! That way, there will be less bleeding and fewer purple stains in your vegan blondies. 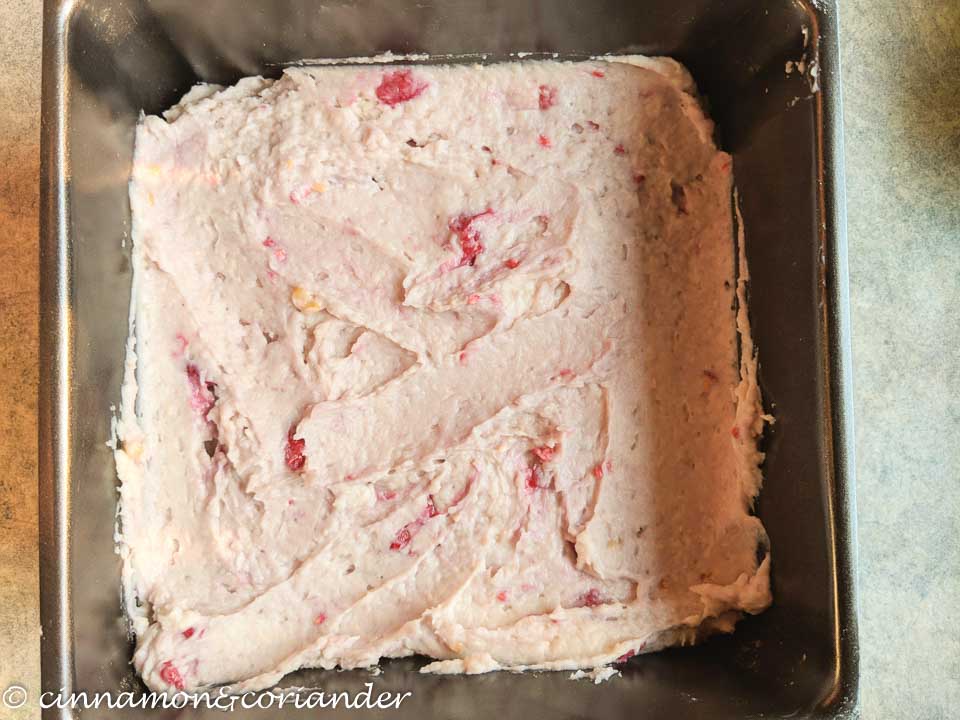 Top the blondies with a couple more raspberries and some chocolate chips and bake them for 25 minutes or until the sides start to pull away from the pan and the surface of the vegan raspberry blondies starts to crack. 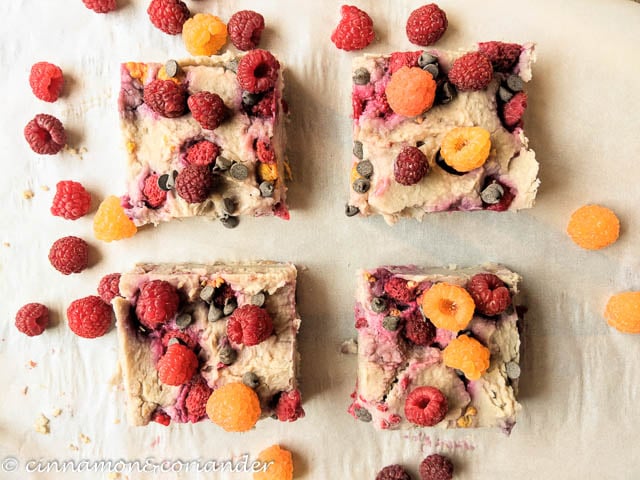 Let them cool completely – preferably overnight in the fridge, then cut your vegan raspberry blondies into squares! 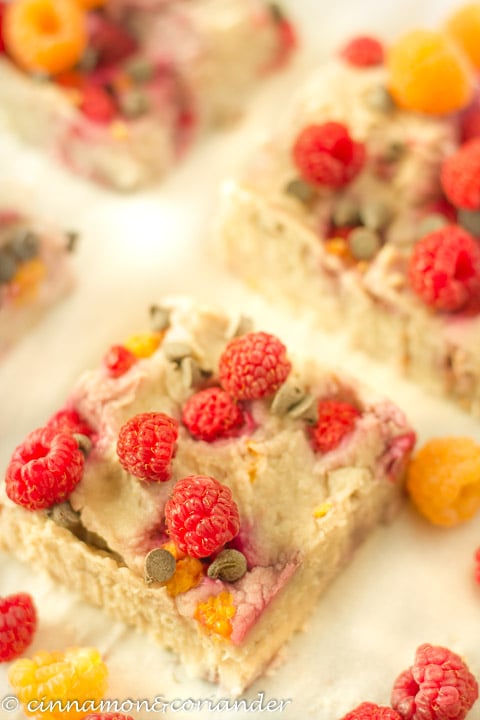 Serve them chilled and top them with a dollop of coconut whipped cream for a showstopping vegan dessert for guests!

Guys, I really hope you get to try these amazing Vegan Raspberry Blondies! I mean, when else can you find a healthy vegan dessert that is sugar-free, gluten-free, clean eating-approved and low in calories? And on top of that, these healthy blondies taste just like your favourite white chocolate blondie!

For more healthy vegan desserts, make sure to check out my White Bean Blondies with Peanut Butter, my Black Bean Brownies (OMG! ) and my Vegan Chocolate Mousse!

Did you make and love this recipe? Give it your review below! ? And make sure to share your creations by tagging me on Instagram!

Watch the video for this recipe or read the instructions below:

These Vegan Raspberry Blondies are a decadent, yet healthy vegan dessert that tastes just like white chocolate blondie - without any of the calories and without added sugar! Easy to make with only a few ingredients!