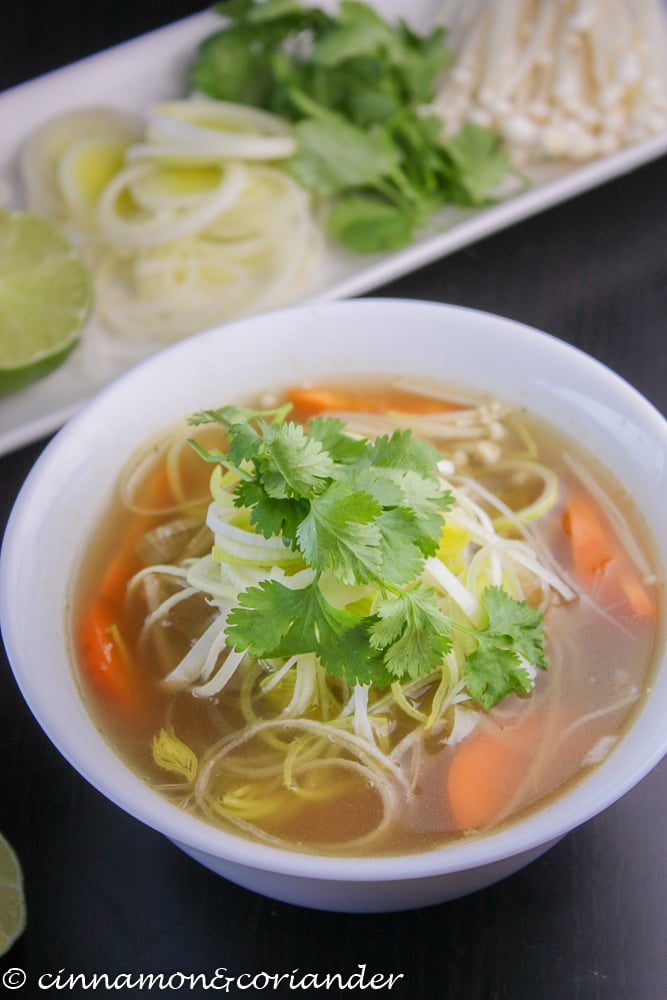 Disclaimer: A note about affiliate links in this post: some of these links will take you to Amazon where I may receive a small percentage of sales, at no extra cost to you.

I am a big fan of all soups! I haven’t always been one, though! When I grew up back in Germany, my granny used to cook lunch for the whole family every day. And there was always some kind of soup before the main course.

Now, don’t get me wrong, we were not fancy people. My family just believes that soup is a universal remedy and should be eaten every day.

Then came the years of rebellion, when I wouldn’t like to eat soup or anything really, that my granny made. A pretty serious issue.

See, I actually grew up with 19th-century author Heinrich Hoffmann’s collection of children’s stories, one of which is solely dedicated to the disastrous consequences of soup – refusing. I’ll sum it up for you! Augustus, a healthy strong boy, proclaims that he will no longer eat his soup. Over the next five days, he dies.

Well, I clearly lasted a bit longer. However, after a long soup break in my late teens, I rediscovered my love for any type of soup!

Especially now as spring is approaching, and we all want to shed one or five pounds, soups should be our best friend.  A healthy soup that includes fresh, low-fat ingredients and a minimum of salt and extra fat. 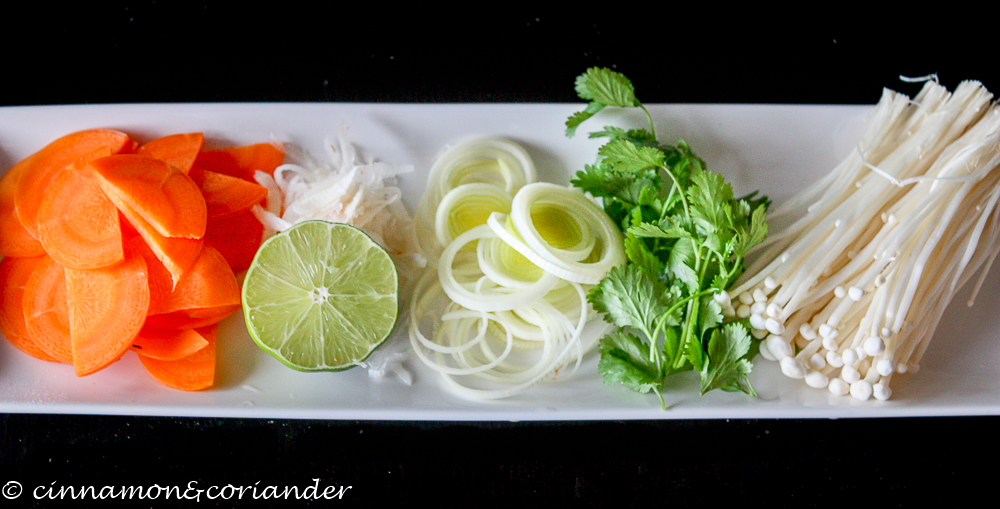 What is Vietnamese Pho Noodle Soup?

In Vietnam, Pho is served primarily at breakfast time! It is a savory Vietnamese noodle soup, usually beef-based. It’s has a unique and aromatic flavor from a curious blend of spices. Normally, it uses beef bones for the broth, but in our vegan pho recipe, we use vegetable broth.

Personally, I cannot imagine swapping my beloved oatmeal for noodle soup in the morning, but I do see how a bold vegetable loaded Pho could serve as an energy source for a whole hard working day. 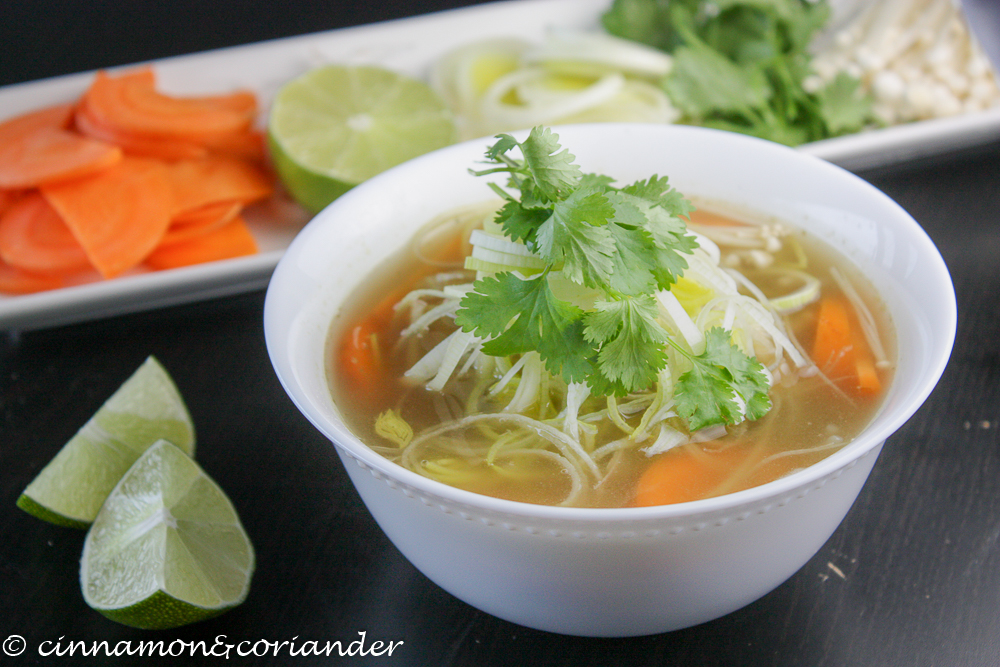 Why a bowl of Pho is always a good idea:

Trust me, if you are feeling under the weather and think you might come down with a cold, my Vegan Vietnamese Pho Noodle Soup might be just what you need.

In fact, Pho has the same comforting effect as chicken soup — but with a lot of fragrant spices added to it. I like to make a huge pot and freeze it in portions so that I have some ready whenever I need a little pick-me-up.

In any authentic pho broth, cinnamon and star anise lead the charge, more subtle notes come from cloves and cardamom. Do not be fooled by the small amount listed in the recipe. Believe me, this pho really packs a punch!

We roast the spices before we add them to the broth and they will become very strong. Along with the whole spices, I am adding roasted onions, ginger and lemongrass to the broth, which gives the soup sweetness, a hint of heat and a certain smokiness!

Make sure to brown the ginger and onion for a minimum of 5 minutes. 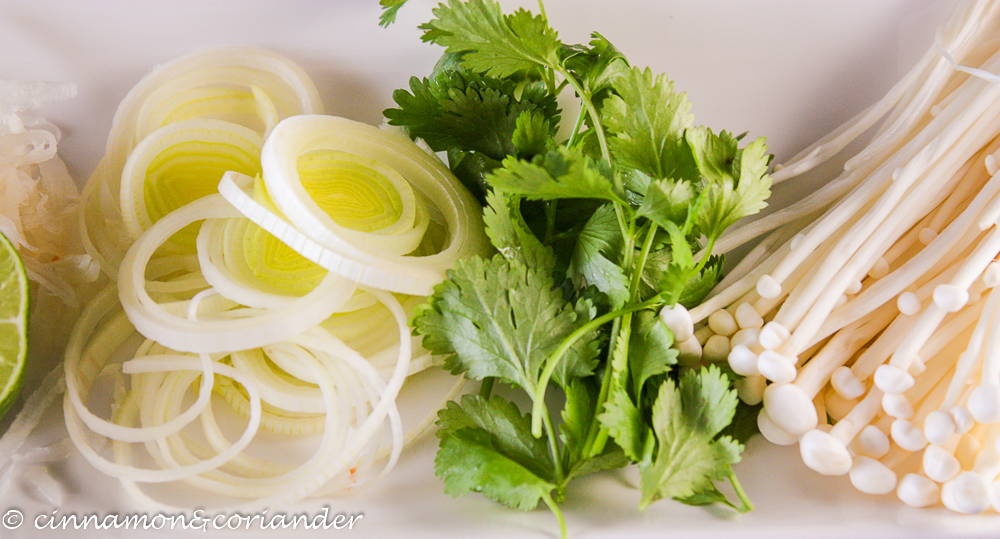 Of course, the authentic Pho Broth is made with beef bones. For our vegan version, we are using vegetable broth instead.

You can use good quality broth powder to make the 2 l of broth needed for the recipe. I like to use Organic Yeast-Free Vegetable Broth Powder

as it has no artificial additives and I really enjoy the flavour.

Do keep the broth rather light, though! If you worry about your sodium intake, you can substitute the vegetable broth with low sodium broth.

For a low carb and low-calorie pho, substitute the noodles with zucchini noodles! 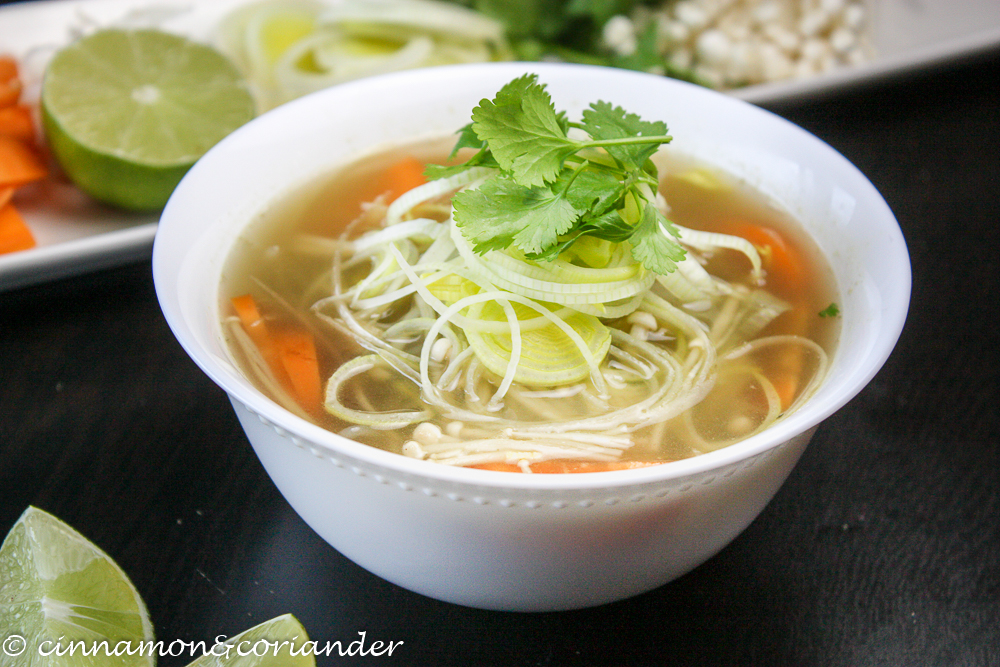 I really hope you get to try my recipe for this Vegan Vietnamese Pho Noodle Soup!  It’s easier to make than you might think and so good for you. Or shall I say, good pho you?

A note about affiliate links in this post: some of these links will take you to Amazon where I may receive a small percentage of sales, at no extra cost to you.

★ Did you make and love this Vegan Vietnamese Pho Noodle Soup recipe? Give it your review below! And make sure to share your creations by tagging me on Instagram!