This Instant Pot Roasted Red Pepper Sauce is vegan, paleo, Whole30 approved and so good, you’ll want to put in on EVERYTHING! 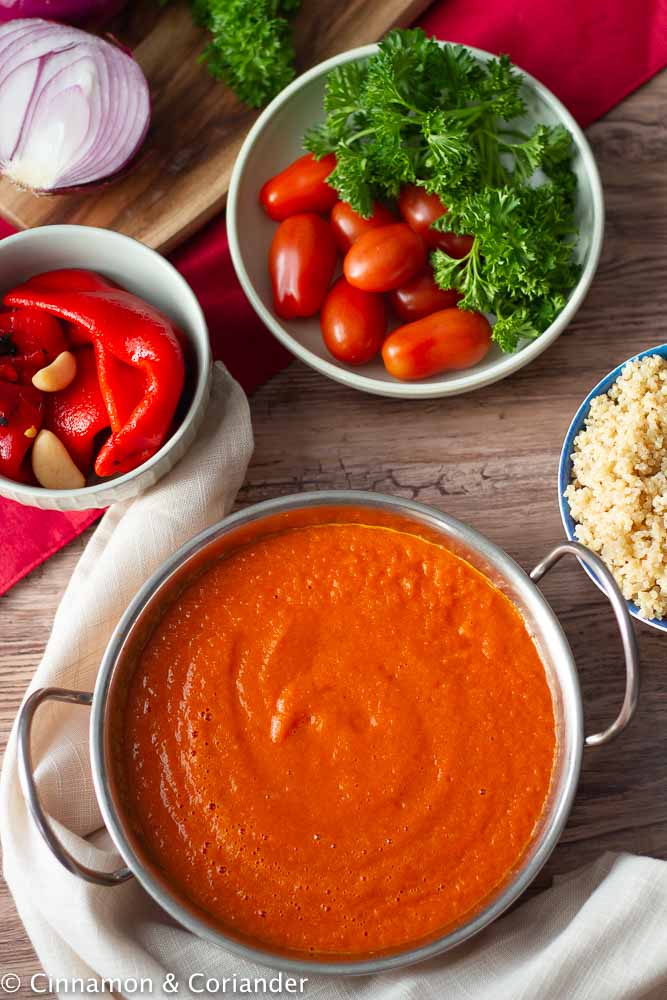 This easy Roasted Red Pepper Sauce is the kind of sauce you’ll want to lick straight out of a bowl. It’s robust, sweet and smoky and spicy but not too spicy. Totally kids-approved!

It’s the star of any dish you use it on. Serve it with pasta, with quinoa, on top of veggie meatballs, or even as a dipping sauce for nachos and it’s so delicious.

Make a big old batch and freeze some because trust me, you’ll want it all the time.

The magic starts with roasted red bell peppers! If that’s something you already have in your pantry – awesome! You’re a step ahead of the game. If not, no biggie!

I’ll tell you how to roast them in the oven!

How to roast bell peppers in the oven:

Does anything beat the sweet and smoky flavor of charred freshly roasted red bell peppers?

While you can use canned roasted bell peppers for this bell pepper sauce recipe, I do like to roast my peppers at home if there’s a good offer on fresh bell peppers.

I just love a good charr and the pickled ones are sometimes not smoky enough for my taste. 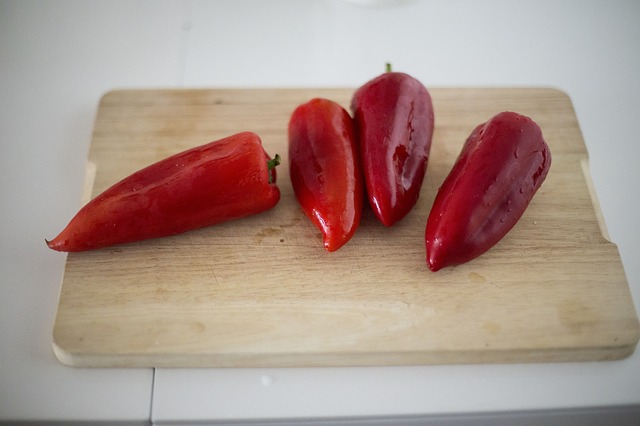 Here’s how to roast bell peppers in the oven:

Preheat your oven to 450 degrees F and place the oven rack on the top position, only about 4 inches under the broiler.

Halve the peppers and remove stems, seeds and membranes.

Lay them on a foil-lined baking sheet with the cut side down.  Parchment paper might scorch,  which is why I use foil.

Roast the red peppers for a good 20 minutes or until the skins are very dark and have collapsed.

If your oven works properly, there’s no need to rotate or turn the peppers at any point.

Simply let the peppers cool for a few minutes until comfortable enough to touch. Now, peel the skins off and discard them.

Stored in the fridge in an airtight container your bell peppers keep for up to about a week. For longer storage, you can simply freeze them in ziplock bags. 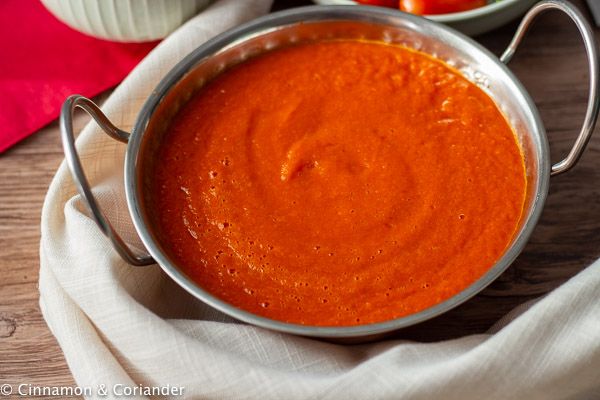 Like with any good sauce, this recipe starts with frying some onions and garlic. Then, we add some ground spices along with some more coconut oil.

Turn your Instant pot to pressure cooking mode and cook for 10 minutes, then release the steam and puree the sauce in your Vitamix or food processor until smooth.

Season with more salt and pepper. Or add some more apple cider vinegar if that’s your thing! 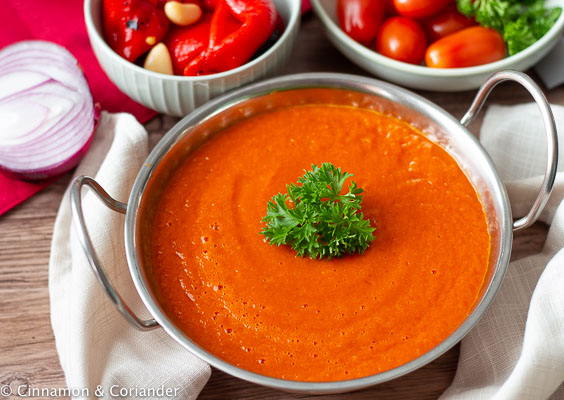 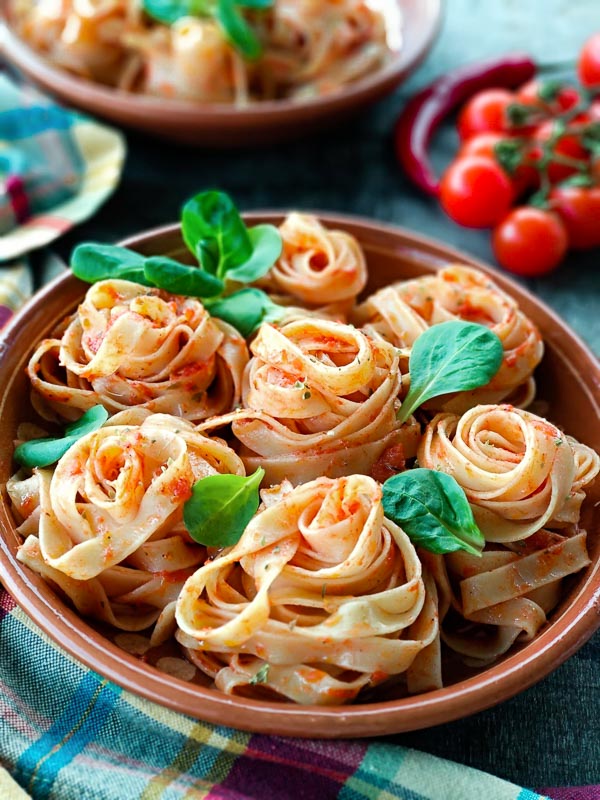 What can I use this Vegan Roasted Red Pepper Sauce for?

You see, the sky is the limit!

I developed this recipe as part of my Vegan Meatballs recipe, which will be on the blog next week!

We loved it so much, I made a new batch the next day and even added a couple of tablespoons to my vegan sour cream and served it with baked potatoes and it was SO.GOOD I wanted to call my mom to tell her. I didn’t, but you know what I mean, right?

That kind of exciting awesome.

★ Did you make and love this Instant Pot Roasted Red Bell Pepper Sauce recipe? Give it your review below! And make sure to share your creations by tagging me on Instagram!