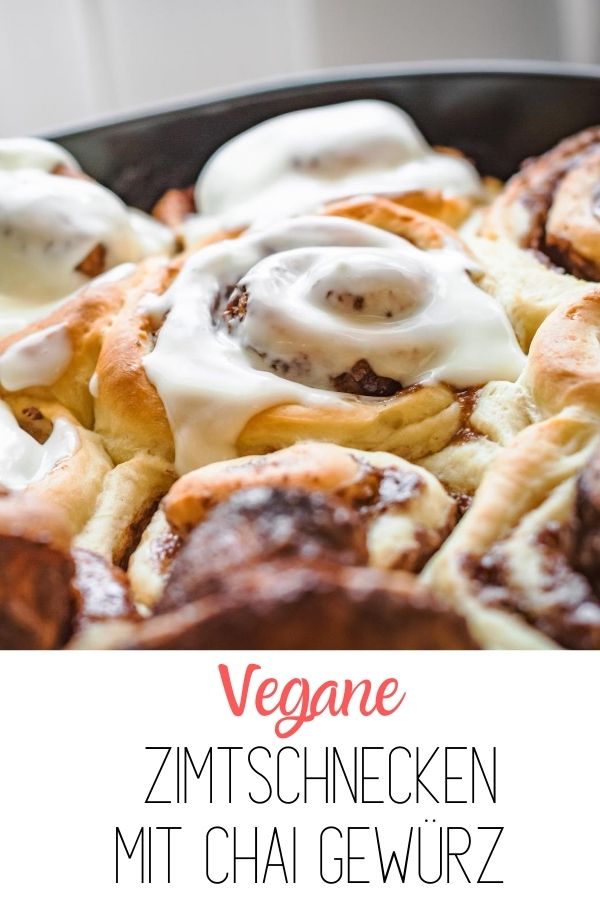 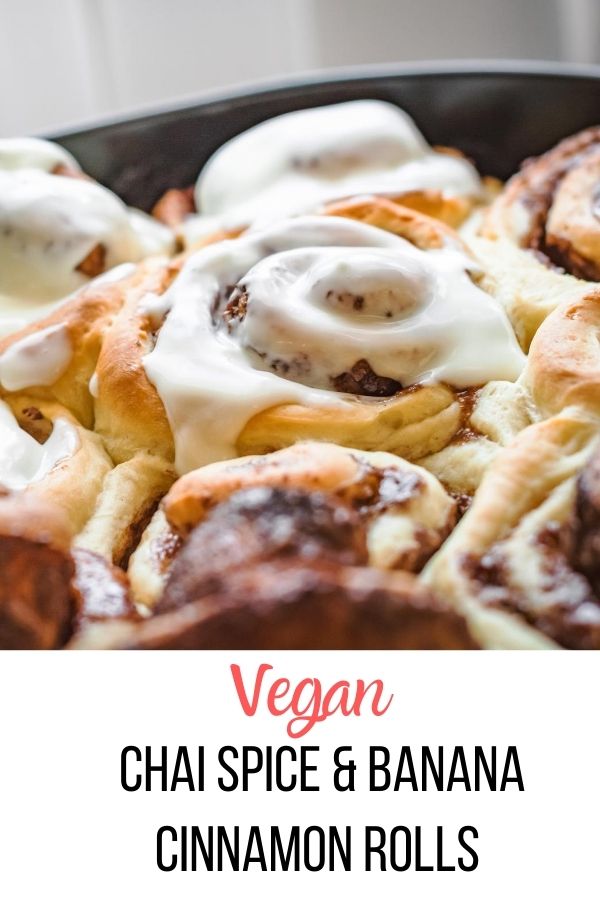 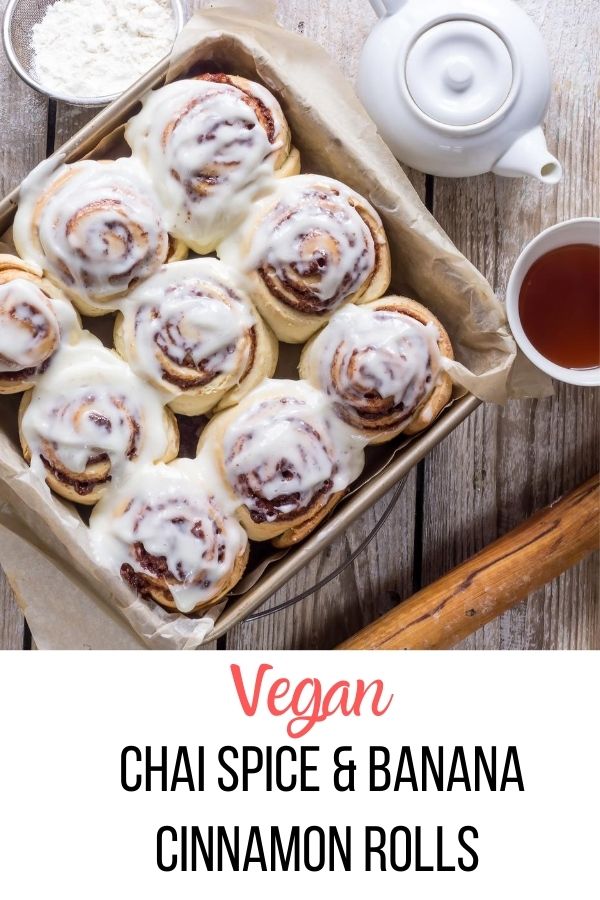 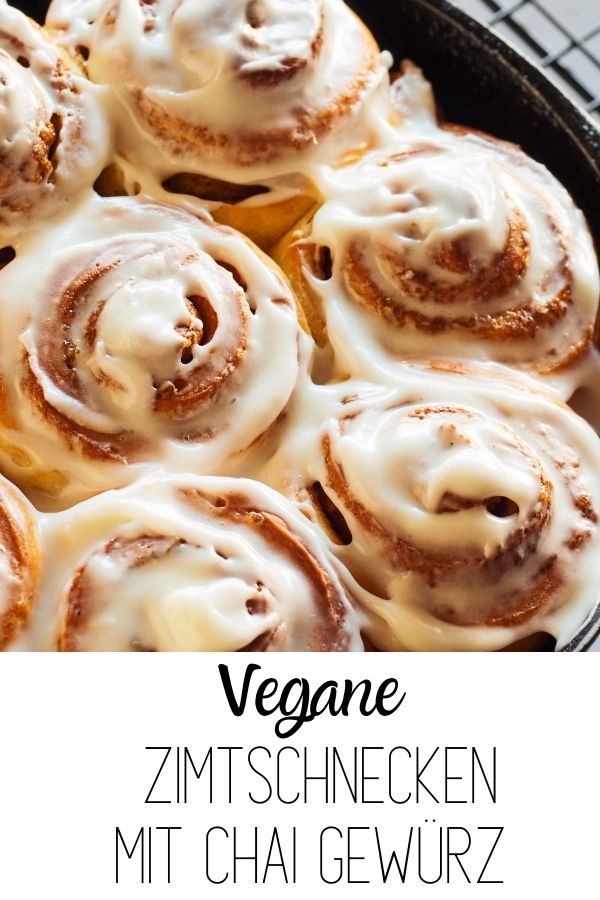 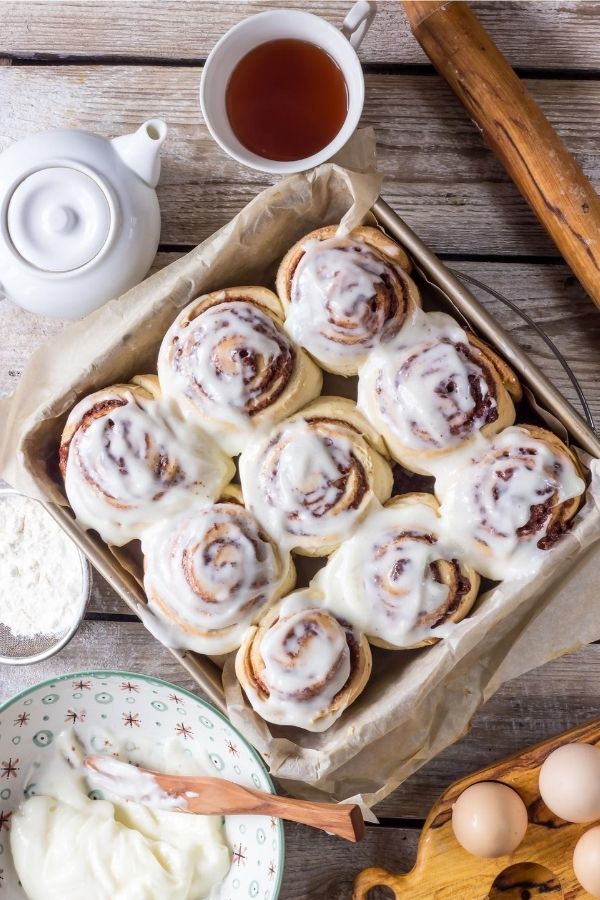 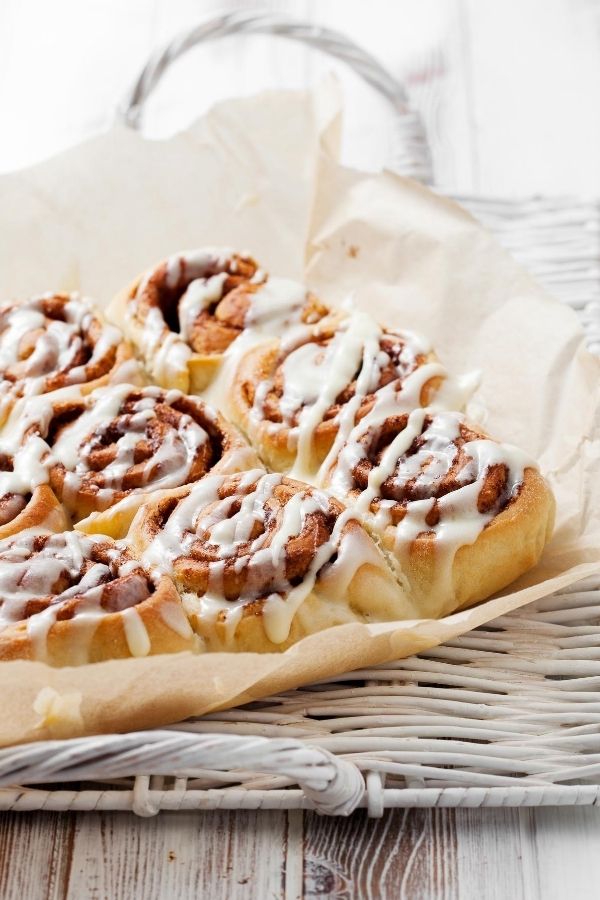 Living in Mexico, we get bonkers good bananas but boy they turn brown on me in no time at all. As there is only as much Vegan Banana Bread I can go through, I had to come up with another vegan banana breakfast recipe that uses up those overripe bananas. Enter these banana cinnamon rolls.

These vegan banana bread cinnamon rolls are soft and fluffy – just like the ones from Starbucks, but made without egg or dairy! They have a mild banana flavour, a sweet fragrant brown sugar and chai spice filling and a delicious vanilla coconut glaze. They are perfect for an indulgent sweet breakfast or as a special brunch treat, or just for snacking on while sipping on your afternoon tea, all cozy and curled up with a good book. 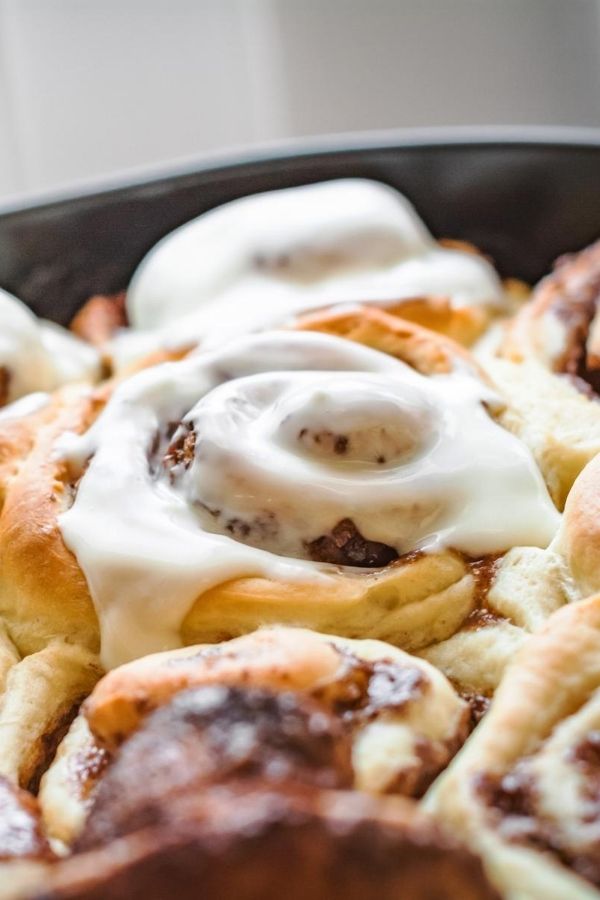 Can they be frozen?

Yes, the vegan cinnamon rolls can be frozen. Allow them to defrost at room temperature then reheat them in the microwave for 10-20 seconds before serving.

★ Did you make and love this vegan banana cinnamon rolls recipe? Give it your review below! And make sure to share your creations by tagging me on Instagram!

Store any leftovers in an airtight container for up to two days.